Another half term comes to an end and I don’t have much to show for it- which, actually, is lovely. It’s the first time in months where I haven’t had work hanging over me and I’ve been able to enjoy D and, for three days at least, Benn’s company.

On Sunday last week, we ambled up to the local windmill to see the sheep (yeah, I live somewhere that has its own windmill- although it’s now a house. Bit disappointed, to be honest.) 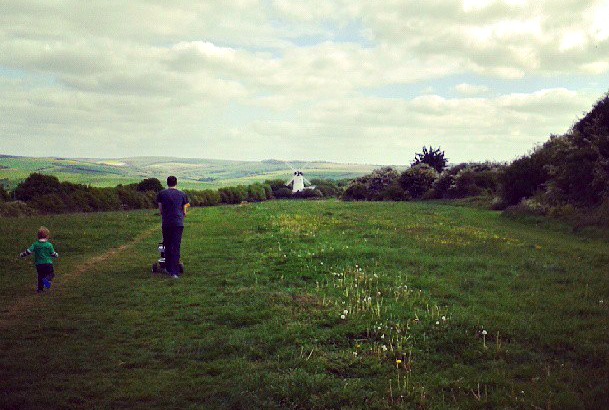 The sheep were quite good value:

Apparently, they’re a hardy northern breed and the flock is owned by the council (I had a chat with the lady who was looking at the electric fence.) Where we live is part of the South Downs national park-I had no idea- and the sheep are used to keep the grass down and to help rare species, such as orchids, thrive. When I went back on Thursday, they’d gone. They get shipped around to other areas on the Downs. I imagine they’ll be back before long. 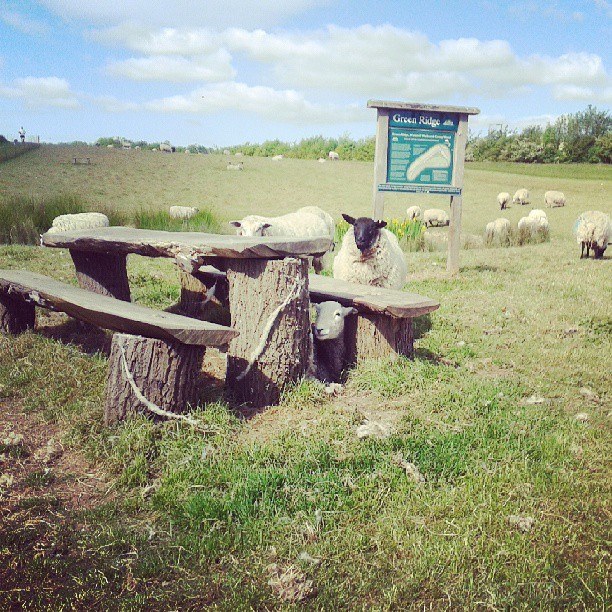 Speaking of animals, Bronte has taken to bringing in a whole host of creatures from the woods- we’ve seen slow worms, mice and birds; this week I had the honour of trying to save a sparrow fledgling, who I shall henceforth refer to as Terminator Bird.

This bird was rescued from the clutches of Bronte, who had already eaten one sparrow that day. I gingerly donned gardening gloves and popped him in a box. Excited by the prospect of a Learning Moment With Nature, I showed D the sparrow. Our exchange went something like this:

Me: (Enthusiastically) Look! A birdie! Do you think he has a name?

Me: (Encouragingly) What do you think it is?

He clearly has his father’s imagination.

Anyway, the birds survived that and an escape attempt from the box that meant I was tearing up my office for half an hour before I realised he was watching me from across the room. After much hilarity, in which we resembled a bird/human Benny Hill sketch, I finally re-caught him and gave him to the brilliant Roger’s Wildlife Rescue to look after (they don’t usually take fledglings, but as he’d been subject to a cat attack, they wanted to check him over.)

Otherwise, the holiday was a welcome respite from the madness of exam preparation. We took advantage of the warm weather to read and relax- although I think D was a bit ambitious in his choice of material…