“Please, don’t take anything I say seriously,” Bianca Del Rio asked of her audience after arriving onstage. A couple of minutes before, a recording  invited any of us of an easily offended disposition to leave- but as if any of us would. We know what we’re in for- that’s why we’re here. After all, Wikipedia does describe Bianca as an ‘insult comic’. 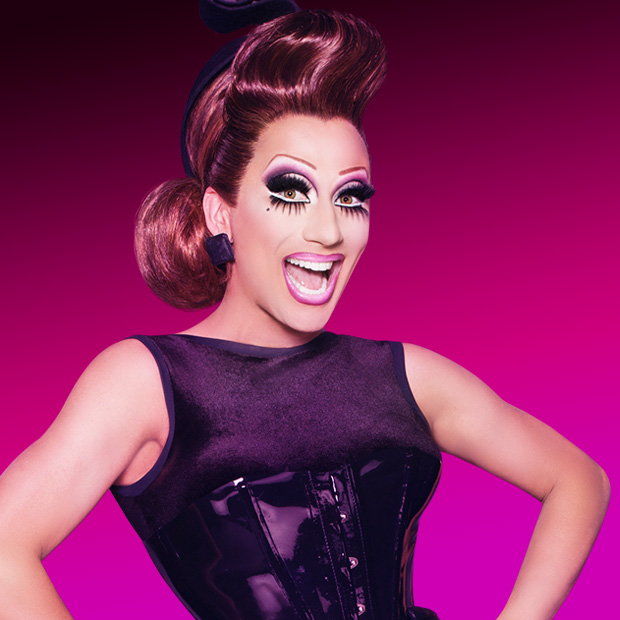 I was lucky to be there at all, actually. I managed to snag a press ticket for me and my friend Jaqui in order to review the show for The Argus (at time of writing, it’s not online. I’ll link to it here when it is.) Later, as I tried and write the review with a little gin inside me, I found it hard to write everything down in 200 words. I gave the show 5/5.

Almost everyone in the theatre will have known Bianca from RuPaul’s Drag Race. The room was filled with a captive audience: gay, straight, married, single; all there for a good time and the excitement was infectious. Jaqui and I made friends with two girls outside the venue and we made more friends with some lads in the merch queue (we didn’t have enough money for t-shirts, so we ended up buying each other exactly the same signed photo.) The audience loved Bianca. I’d argue that she’s the most successful contestant from the show, her catchphrase ‘Not today, Satan!’ even making it on protest signs at the recent anti-Trump marches. Despite the acid tongue, Bianca (the stage name of Roy Haylock) is adored, this being her second tour after ‘Rolodex of Hate’ a couple of years ago. I think ultimately it’s because we’re included in the joke- even when, sometimes, it’s aimed squarely at us. But it’s OK. We can take it because ultimately, the joke is on Bianca too. This is what makes Bianca’s comedy work: yes, it’s a bit mean, but we like her. We’re all in this together, warts and all.

Her set deals gleefully with her participation on Drag Race, the biggest cheers (and biggest boos) being offered during gossipy snippets about fellow contestants. “But, after all, the are my sisters!” Bianca offered up every time she took a sip of wine, a knowing wink in the direction of the audience. I always compare Bianca’s comedy to that of Joan Rivers; it’s sharp and funny, but sometimes you will wince when it gets a bit close to the bone. Literally no one is safe- age, race, gender, sexuality, class is all up for grabs. The sketches deal with stuff you might expect- Donald Trump, for example, “I promised I wouldn’t get political!” and weird people on reality TV to the more surreal, such as being a drunk drag queen at an airport. I literally had face ache after the show, I’d been laughing so much. After the set, Bianca offered answers to pre-submitted questions about everything from advice for new drag queens to a key scene in Hurricane Bianca. And all this was done at the mercy of a malfunctioning wig and very high heels. Fantastic.

I loved every minute of the show; even though I know this type of humour is not everyone’s cup of tea, I can’t think of anyone-other than the late Joan Rivers- who does it better.