.. when it comes to sleep, that is. We’ve had a few broken nights with D recently, due to heat and him having a cold (which I now appear to have caught. Excellent. Three colds in the space of six weeks is one of my favourite things ever.) It culminated last night in D being sick and me spending two hours downstairs with him-watching Cars for the 2345th time- and being too tired to do anything but tweet on my phone and occasionally offer the sick bucket. It’s not one of my favourite nights ever, if I’m honest. 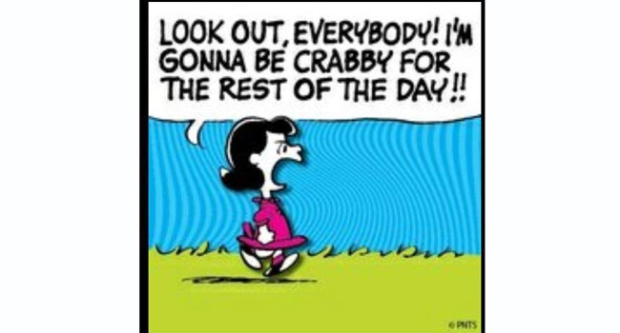 But the worst thing is: D IS COMPLETELY NOT TIRED. (I may have been reading too much Charlie and Lola, looking at that phrasing.) Like, he’s sort of tired, but functional. He wants to play with the sick bucket. I want to die quietly in the corner. We are not on the same side of the tiredness spectrum.

We’ve come to a kind of compromise: we’re watching The Clangers on catch-up and I’ve wrestled the sick bucket away from him (he was wearing it on his head. JOY.) However, I am starting to think that Granny Clanger is taunting me with her endless naps.

Thing is, when you have a baby who doesn’t sleep through the night, it’s kind of easier- your body gets used to it. At least mine did. In fact, my brain found it quite the betrayal when D started sleeping through the night.

So once my body has got used to sleeping again, it does not take very kindly to being interrupted. Obviously, I don’t mind- if I did, I wouldn’t have had a kid. What I would like, though, is for D to be more ‘ill’. This being almost normal is exhausting.

Now, please excuse me whilst I go and hook myself up to a Diet Coke drip.